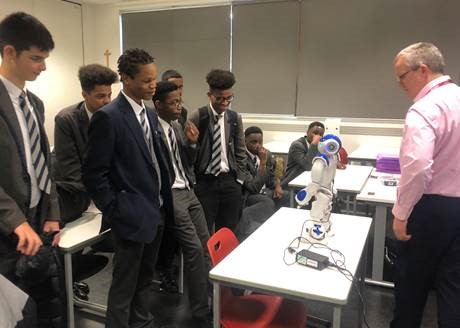 Prof. Jon Timmis of York University and The York Robotics Laboratory showcased some of the robots his team had created, including a voice-controlled android that could sit itself down and stand up on command. He also talked about his project programming single unit robots so that group behaviours would emerge, such as that seen in nature with the swarm effect of bees and task-sharing ants carrying leaves in teams.